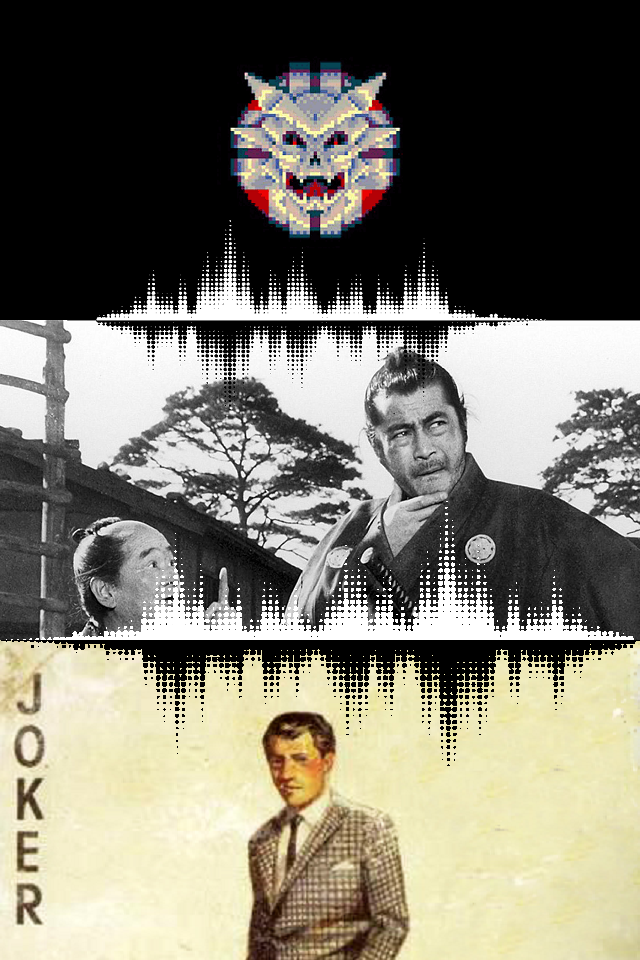 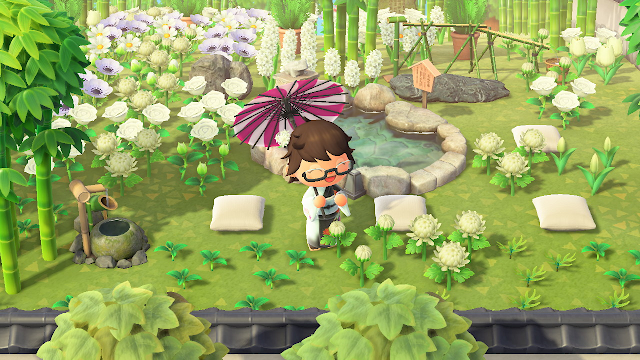 Posted by Chance at 7:34 AM No comments:

And yet it smacks of 90s Bond movies, not to mention a long line of songs that preceded it that are about awesome songs that are specifically not the song being sung, from the likes of Big Wreck and Tenacious D.
Posted by Chance at 2:06 PM No comments:

Posted by Chance at 8:36 AM No comments:

So it's actually kind of normal to me that I just discovered Arctic Monkeys last week.  Have you heard Do I Wanna Know or R U Mine or Why'd You Only Call Me When You're High?

If not, strap in.

My days end best when the sunset gets itself

Behind
That little lady sitting on the passen

Ger side
It's much less picturesque with out her catching

Also Hades, an unfinished game in early acces, is awesome and Ori and The Will of the Wisps, a completed game Microsoft wants you to pay forty bucks for, is poopy poop.
Posted by Chance at 8:56 AM No comments:

Chamberlain & Chance & Alex 207 - All Together Now

Chamberlain and Chance - All together now 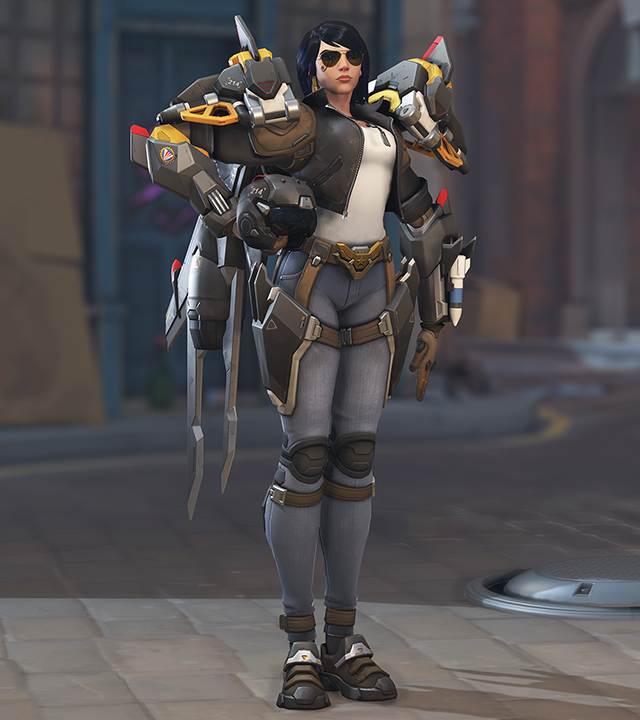 Posted by Chance at 3:35 PM No comments:

Posted by Chance at 2:39 PM No comments:

Overwatch Clip Show 77 - I Only Lie When I Love You. Plus a ton of fan art!


...and like half the fan art is gonna' be from Maro.  So!  Long time no Clip Show!  Or at least not one with Tracer in it, I guess.  I've actually uploaded a ton of videos, I just haven't really posted them to the blog.  Like, here's one of my best "I got their supports" ever, here's a ridonkulous Anubis B attack on Zen, here's a single Tracer taking so much space that her team slow-walks the payload from Junkertown point 1 to 2 without any interference from the reds.

I tossed like 400 gigs of footage from the Halloween event 'till Christmas last year, but I just couldn't bring myself to do it twice in a row, I guess, and I went through all the PotGs to whittle it down to this.  Which I'm actually pretty happy with, overall, in terms of all the little things that please me about making these vids.

What displeases me is that it's a bunch of PotGs.  Which are, tbh, rarley the coolest shit I pull off in a match - it's just that those awesomer moments are awesomer because they take longer to happen.  Which excludes them from PotG-ness.

And to find them, I gotta' dig through (checks) like 330 gigs of footage, which I don't have time for.  So I'm gonna' try to sift some goodness out of any footage I've kept from the pre-match deathmatches and call it a day.


I love this Mercy:


You can hear her lol.  "Oo-hohohohoho!"

And I know it's weird, but this is my favorite of Maro's lately:


I've just never seen anyone draw a grossed-out faced on Tracer, and it's funny to me.   I feel like that could be a reaction image to any number of things.

No, I'm Not Getting A Twitch Sub

...but yeah I want that magical unicorn getup.  Yeah, I do.

Posted by Chance at 8:06 AM No comments:

Browsing Steam’s recommendations is not how I find a new game to play.  I’m usually well aware of whatever I might play next, months if not years in advance of its release, and I do avoid PC gaming as a general rule but there I was, on Friday night, feelin’ pretty down and powerless about my life, and Steam recommended a game called Yes, Your Grace.

It looked a bit like a modern-day pixel-art riff on Oregon Trail – but instead of travelling, I would bravely sit on a throne and pass judgment on the trifles of the common folk, who would come to beg my favor.  Damn.  I could really use a feeling like I have any authority over anything, so that notion struck me as very appealing.  I gave Steam twenty of my dollars.

First, let me say that I actually really like Yes, Your Grace.  It kept me away from both Overwatch and Hades until my brother petitioned me for playtime, so it is compelling stuff, at the very least – even if I couldn’t suggest it’s a must-play.  Second, let me say that if you’re lookin’ for a power fantasy or any sensation of authority whatsoever, you will not find it, here.

That, initially, was my most righteous complaint against Yes, Your Grace.  King of a text-based strategy (ish), it is very much a game in which the common folk or neighboring lords or wand’ring minstrels will come to your throne room begging for favor or to make a sale.  These peasants want their missing children found, those peasants want some bandits taken care of and this dude wants some money to help build a tavern.  The more you help the people, the higher their morale goes, the higher taxes you are able to collect, and so on – but while you can choose to help this dude and not the other, you don’t want to in Yes, Your Grace.

You want to help everybody.  You wanna’ make as many friends as possible, because a huge army is coming over the mountains at you on account of a horrible promise you made regarding your first-born child twenty years ago and you’ll need the help of everyone you meet.  I, the player, did not make that horrible promise. 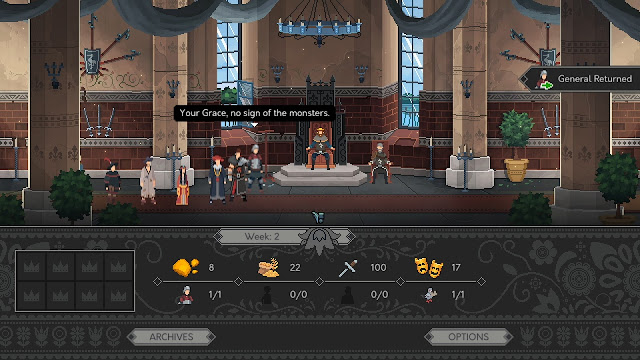 But things will probably be fine, because within the first few moments of the game I pledged my eldest daughter’s hand in marriage to the son of some douchey King who agreed to provide three thousand fighting men in return.

Once the king made that promise, I loaded the previous save.  I replayed through all the events of that day, up to the fated conversation with the other King, and confirmed that I only ever had two options (to paraphrase):

I never even had the option of saying no.  Which stuck in my craw, let me tell you.  The impact that my eldest daughter’s marriage has on the story is huge – it’s foundational to the plot of the rest of the game – but to be so robbed of the one way this game allows the player to participate in it still rubbed me the wrong way.  And a lot of Steam reviewers as well, it would seem, but…

…but it’s okay.  Because it is foundational to the plot and it does pay off in a big way and the rest of the story is pretty damn good!

The game takes place over a year (so far), split into a series of “weeks” that you address as a single day.  Each week begins with you looking over the taxes and expenses and deciding if you have enough gold to invest in a few choice options you have for improving your castle or lands or court – hugely important – but you pretty much always want to have a generous supply of gold and food on hand for the people who’re gonna’ come a-beggin’.   You want to help them.

Socially, you are surrounded by women.  Your wife the queen, guilt-ridden by the choice made all those years ago – and your lack of a son and heir.  Your eldest daughter, thusly betrothed.  The troublesome middle girl who only wants to run away to the market and play with swords and the tiny youngest, who became so terribly distraught when her newly-married sister left with the family cat that she proceeds to adopt a series of ever-more inadvisable pets.

I don’t want to spoil anything, but I will say that you come to adore all these women and – to my mind, at least – redeem some of the mistakes of the past to powerful effect.  I don’t remember ever, in my life, being so emotionally affected by a pixel-art game that I welled up – but Yes, Your Grace pulled it off.  (One could argue Odin Sphere/Muramasa, but those aren’t so much pixel-art as they are just 2D art.)

Its storylines wave and weave into each other nicely, occasionally veering into more-traditional point-and-click adventure gaming that’s less successful than the Royal Accountant Simulation that forms the muscles of the experience or the Dad From Family Matters bits that make up its spine.  There’s very little to this game, but…

…but one still feels clever when you suss out that this fella who’s trying to get a loan off you is the same motherfucker who fleeced my ally last month and he’s goin’ straight into my dungeon!  Send a pigeon for Lady Ava, for she needs speak with this blackguard!

It feels good and righteous when a former foe comes before you, beaten and broken, and after a brief talk you let him go with blessings, and wishes of good fortune for his people.  It feels wonderful when your daughter begs you for the freedom to love who she loves, and you’re able to grant it – just as one feels utterly, helplessly crushed when harm comes in the cruellest way for one you swore to protect. 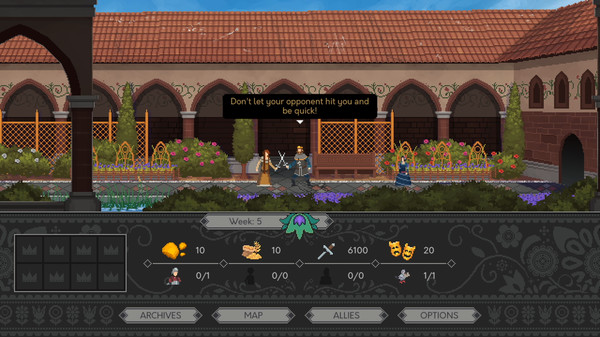 In that way, Yes, Your Grace is eminently successful.  Beautifully successful.  It tells a humble, moving story of a stressed-out King and his family, and illustrates well that with all that power comes not authority, but responsibility to not fuck things up.

And given that I’ve got quite enough responsibility in my life, I don’t know why I keep coming back to it.

There’s another army coming for my people, and Gods be damned, I don’t know if we can hold them off long enough for my new ally to help – if they will even help at all!  And the reason I haven’t finished it yet is because each “week” permits me to save at the end of it, and I am at the siege right now and it’s been going on for weeks and it kept on saying “save and proceed” so I thought it was saving but I went to load an earlier save and the last save that I can load is right before this huge long ceremony sequence and then it goes into the siege prep and then the actual siege starts and it’s like…

I want to keep playing Yes, Your Grace, but I don’t know when I’m going to have an hour plus to deal with so much of it in a single sitting. 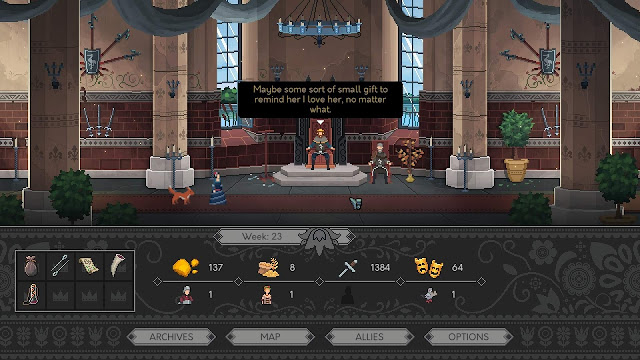 IT'S NOT ALL GAMES NEWS. 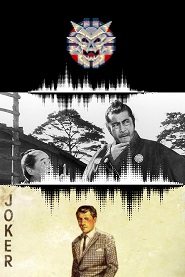 You should listen to it!

This is where I write about video games. Beyond the simple pleasure of it, I hope to use this place as a bit of a mental gym to re-develop my writing style - something I seem to have misplaced around the turn of the century.

It will also serve as a personal blog, but for the most part if you enjoy discussion of gaming news, independent reviews and pointless musings, you have come to precisely the right place.

It's my custom to do at least one post per day - but whether it ends up being ten posts of breaking news and a review, or one post complaining about how I have a tummy ache is not set in stone.

I hope you can dig it.

SHOULD YOU REQUIRE IT...

my email addy is whyisdavidferber [at] gmail [dot] com.